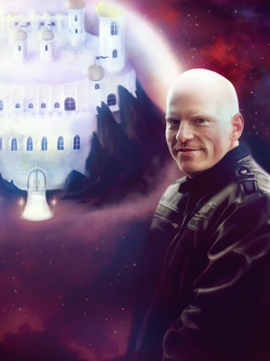 About L. B. Conahan

L. B. Conahan was born and raised in northeastern Pennsylvanian by a single mother of two, who put herself through college, with honors, to take a very poor family to better standing. He was quite the handful as a child and a bit of a black sheep. L. B. has done a fair share of traveling; both domestic and abroad. He started working part time at the age of 11 and had a full time job by age 15. By trade, he currently works as a multi-craft, industrial maintenance technician, electrical specialist. Conahan has lived in five US states throughout his life, as well as living and working as a contract management consult in Kaliningrad, Russia. Along with his first language, English, he is able to converse in Latin dialect Spanish and also speaks a bit of German and Russian. An avid Linux user and open-source supporter, L. B. is also familiar with HTLM, CSS, and Java programming. From this knowledge he hopes to draw some fantastic Science Fiction novels in the future, “for good Sci-fi is something that challenges the mind of the reader.” The novel “Trades” is already underway, but it may have to wait for the completion of the Shu’alu series before its release.

With 15 years of martial arts study under his belt, he has trained in six styles and often rehearses his written action scenes during construction. After all, good non-fiction is unbelievable, and good fiction is believable, as the saying goes. He is quite partial to man’s best friend, but Conahan is an animal lover of all types. Although he keeps but a few, true friends close, he enjoys helping others. He has not lived an easy life and has survived several life threatening experiences. Through artistic expression, he hopes to share the colors of his exploits and the shades of the hearts of the many unique individuals he has met.

More About L. B. Conahan